Hepatitis C virus (HCV) infects approximately 325 million individuals globally causing hepatitis C, a fatal disease leading to liver cirrhosis. Imperative sincere efforts are needed to develop inhibitors targeting the essential NS3/4A protease. NS3/4A protease is an exceptionally significant target. Resistance against the most promising protease inhibitors, Telaprevir, Boceprevir and Faldaprevir has emerged in clinical trials. The emergence of resistance is attributed to the error-prone viral RNA-dependent RNA polymerase, thereby reducing the effectiveness of these inhibitors. Among the drug-resistant variants, single amino acid residues (V35M, Q80K, R155K, A156V, and D168A) are noteworthy for their presence in clinical isolates and also their efficacy against these inhibitors in clinical development. Thus, it is essential to unravel the mechanistic insights of these drug-resistant variants while designing potent novel inhibitors. In this current work, we have performed molecular docking and comparative MD simulation to analyze and unravel molecular mechanism of conformational fluctuations among inhibitor binding between wild type and its V35M, Q80K, R155K, A156V, and D168A variants. Protein-ligand contacts, Root mean square deviation (RMSD), Root mean square fluctuation(RMSF) and post-simulation plot analysis has been used to identify the stability and conformation of the key residues that regulate inhibitor binding and their impact in developing drug resistance. Unraveling and understanding of the binding mechanism of inhibitor within substrate would be a significant approach to design inhibitor that fits within the substrate with less susceptibility towards drug resistance as mutations upsetting inhibitor binding would concurrently impede the recognition of viral substrates.

Small cell lung cancer (SCLC) is a very aggressive form of cancer because of its poor survival and high rate of tumour progression. There are very few commercial drugs that can specifically target SCLC tumours and inhibit their progression. Thus, there is an urgent and unmet need to identify novel and effective drugs that can specifically target the SCLC tumour progression. In this study, we have selected Insulinoma associated protein 1 (INSM1), a transcription factor responsible for neuro-endocrinal differentiation. It has also been studied as a marker for neuro-endocrinal tumours like SCLC. It also plays a role in activation of several key pathways that are responsible for SCLC progression. N-myc which is an intermediate of the Sonic Hedgehog (Shh) pathway, helps in the overexpression of INSM1 which in turn activates PI3K/AKT and MEK/ERK1/2 pathways. The activation of these pathways results in further stabilization of N-myc and this cycle repeats. Thus, INSM1 acts as a key intermediate molecule between the Shh, PI3K/AKT and MEK/ERK1/2 pathways which have been reported to play an important role in tumour progression. It has already been reported that the knockdown of INSM1 can significantly reduce the SCLC tumour progression. Thus, we have screened the target INSM1 against our library of plant based anti-cancerous compounds to obtain a suitable drug. The top compounds having better docking score were studied for their ADME properties. The best compound obtained is then simulated for 50 ns in order to study the stability of the protein-ligand interaction. From this study, we try to identify novel plant-based therapeutics to inhibit SCLC tumour progression by inhibiting INSM1.

Background: Gemcitabine is the standard chemotherapeutic drug administered in advanced Pancreatic Ductal Adenocarcinoma (PDAC). However, due to drug resistance in PDAC patients, this treatment has become less effective. Over the years, clinical trials for the quest of finding novel compounds that can be used in combination with gemcitabine have met very little success.

Objective: To predict the driving factors behind pancreatic ductal adenocarcinoma, and to understand the effect of these components in the progression of the disease and their contribution to cell growth and proliferation.

Methods: With the help of systems biology approaches and using gene expression data, which is generally found in abundance, dysregulated elements in key signalling pathways were predicted. Prominent dysregulated elements were integrated into a model to simulate and study the effect of gemcitabine- induced hypoxia.

Results: In this study, several transcription factors in the form of key drivers of cancer-related genes were predicted with the help of CARNIVAL, and the effect of gemcitabine-induced hypoxia on the apoptosis pathway was shown to have an effect on the downstream elements of two primary pathway models; EGF/VEGF and TNF signalling pathway.

Conclusion: It was observed that EGF/VEGF signalling pathway played a major role in inducing drug resistance through cell growth, proliferation, and avoiding cell death. Targeting the major upstream components of this pathway could potentially lead to successful treatment. 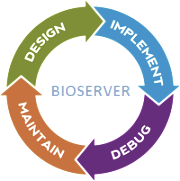